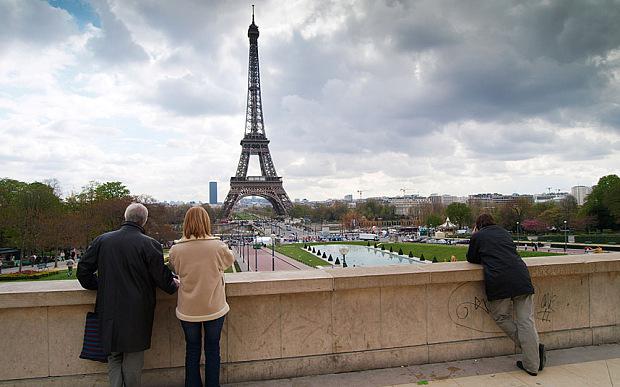 The Eiffel Tower is closed to the public because workers are protesting a recent rise in aggressive pickpockets. The Paris monument is normally open every day of the year and brings in thousands of visitors daily.

The Eiffel Tower in Paris was closed on Friday after staff went on strike to protest against pickpockets who they say cheat tourists “daily” and threaten staff.

“The Eiffel Tower is momentarily closed,” read the sign by one of the world’s most visited monuments, as staff said they could no longer cope with the rising number of pickpockets operating on the city’s famed “iron lady”, following “several attacks and threats”.

Representatives from among 40 staff refusing to work said they were powerless to prevent gangs of “between four to five” pickpockets, and “sometimes 30 on the monument” at any one time. “There have always been pickpockets at the Eiffel Tower, but we are now facing an organized network,” said a union representative. Staff called on management to provide “formal guarantees so that lasting, efficient measures are taken to end the trouble that numerous tourists fall into every day”. They said that high-spending Asian tourists were the most commonly targeted.

Protesting staff complained that management only went as far as “informing visitors” about the risks but “lacks determination” in tackling the problem, which has become “troublesome for an internationally renowned monument”. They suggested planting plain-clothed inspectors around the attraction to “catch pickpockets in the act”. It said it was “sorry that visitors already present are being penalized” by the closure.

By late afternoon, the tower was reopened, but staff said this was “only temporary” and more strike action may follow in the coming days.

In 2013, staff at the Louvre museum refused to work for the same reason, forcing police to beef up patrols – a move that helped lower the number of thefts.