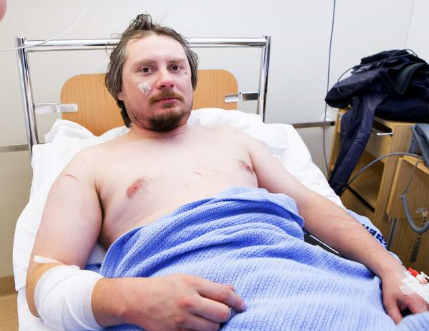 A polar bear pulled a man out of his sleeping bag when he was sleeping. The man is in Norway to see the solar eclipse. "It was going for my head. I used my hands to protect my head," said Jakub Moravec.

Mr Moravec said he tried to stop the animal’s mouth before another of the group took out a gun and saved his life. "Now I am fine. I have some scratches in the face, on one arm and on the back. But I feel fine,"

The man was in a group of six. Another of the group, Zuzana Hakova, said her mother had shot at the bear three times. They took Moravec to hospital. And he said he hoped to be out of hospital in time for Friday morning’s eclipse.

Police later hunted the bear down and killed it.