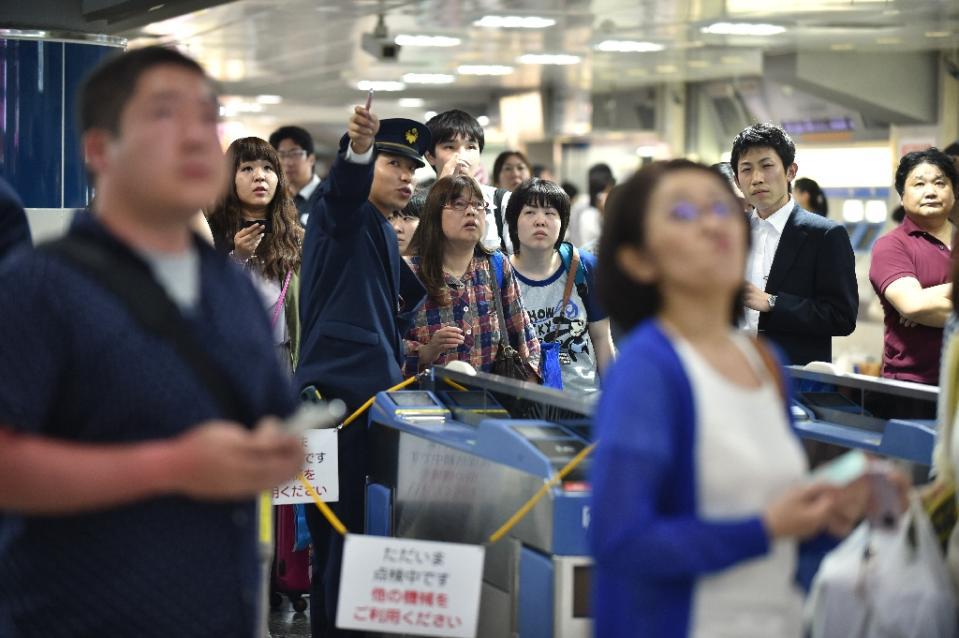 Despite the huge power of the quake, there was no risk of a tsunami. There were no immediate reports of injuries or damage.

Yoshiyuki Sasamoto, who runs a traditional guest house on Chichijima, one of the closest inhabited places near the coast, told NHK the shaking had been violent.

"At first a weaker quake hit and it stopped. Then the big one came. It was so strong that I couldn't stand still and couldn't walk," he said.

Both runways at Narita Airport, the main international highway to Tokyo, were immediately closed and trains in Tokyo were also immediately stopped and a football match in the city was also put off.

Japan sits at the meeting place of four tectonic plates and experiences around 20 percent of the world's most powerful earthquakes every year.

On Friday a volcano in the far south of Japan erupted, bringing a huge column of ash high into the sky and forcing authorities to evacuate the island on which it sits.

The eruption caused no injuries and no damage was reported, but it served as yet another reminder of the volcano eruption.