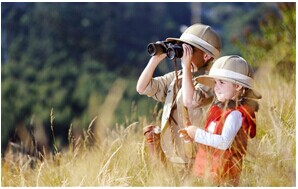 South Africa is to introduce new rules that will significantly increase paperwork requirements for those traveling to and from the country with children.

From October 1 2014, parents traveling to South Africa with a child – under 18 – will need to produce an unabridged birth certificate that shows the names of both parents. For single parents, or those traveling alone with their child, they will also need to produce a statement  in which the absent parent gives approval for the child to travel, a court order granting full parental responsibilities or legal guardianship of the child, or the death certificate of the absent parent. A further rule requires that the statement should be no more than three months old on the date of travel.

Under the new rules, all documents must be originals or approved copies. The regulations were initially going to come into force from September 1, but after an outcry from the tourism industry, and the fact that it can take two months to obtain birth certificates in South Africa, the date was delayed.

South African Airways, the national carrier that operates flights from seven UK airports, confirmed that would be carrying out the new rules on flights. A spokesperson welcomed the increased regulations, saying that they “are designed to ensure the safety of children.”  And in a release issued by the South African government news agency, Derek Hanekom, the Tourism Minister, said that the rules are being carried out in an attempt to prevent child trafficking.

South African newspapers reported concerns raised by those working in the country’s tourism industry, saying that the regulations were complex and potential tourists were confused about what was required. They said that regulation about carrying children’s birth certificates acts “as an additional obstacle that damages our competitiveness as a destination”.