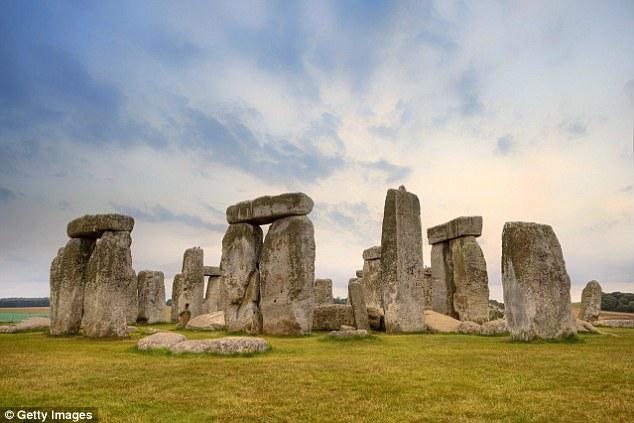 Stonehenge, the world-famous circle of stone columns in southern England, may have had a brother. A much bigger, older brother.

University of Bradford researchers announced Monday that they had discovered a monument of about 100 stones covering several acres thought to have been built around 4,500 years ago. The Stonehenge Hidden Landscapes Project discovered the monument, which is near Durrington Walls, also known as "superhenge." Stonehenge, which is believed to have been completed 3,500 years ago, is about 2 miles away. "What we are starting to see is the largest surviving stone monument that has ever been discovered in Britain and possibly in Europe," Vince Gaffney, who leads the project said.

The evidence was found under 3 feet of earth. Some of the stones are thought to have stood 15 feet tall. "Our radar data has shown an amazing row of up to 90 standing stones, a number of which have survived after being pushed over, and a large bank placed over the stones," said professor Wolfgang Neubauer, director of the Ludwig Boltzmann Institute for Archaeological Prospection and Virtual Archaeology.

“In the east, up to 30 stones … have survived below,” he said. The extraordinary scale and details of the evidence produced by the Stonehenge Hidden Landscapes Project, which the new discoveries at Durrington Walls, is changing greatly our understanding of Stonehenge and the world around it," Neubauer added.

“Everything written before about the Stonehenge landscape and the ancient monuments within it will need to be rewritten,” said Paul Garwood, a scientist and lead historian on the project at the University of Birmingham. The findings were announced on the first day of the British Science Festival being held at the University of Bradford.