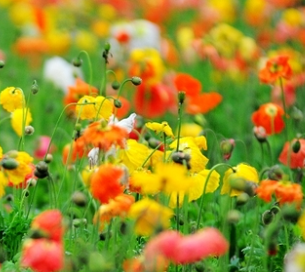 Scientists in the U.K. are surprised at how many flowers are open this winter. Usually, about 25 different flowers are open. This year, scientists found 368. Some are five months early. This is because the winter became warm. Britain had its warmest year this year. A scientist said: "This year, the flowers made us surprised."

The scientist said when warm winters come, the flowers open. Usually, the snow stops flowers from opening, but not this year. The first flowers to open were daisies(雏菊). Britain said: "All months became warm except August, and this was the warmest year for the UK."