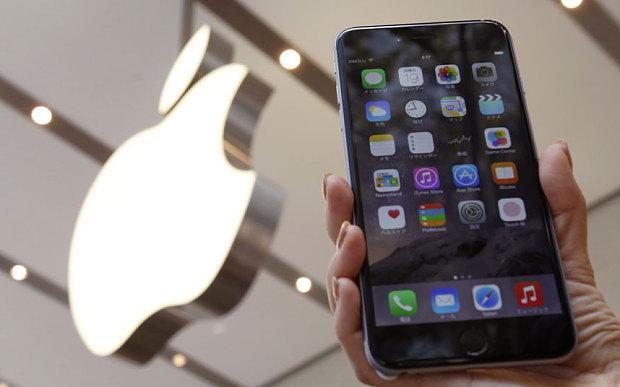 A US jury（陪审团） ordered Apple Inc to pay the University of Wisconsin-Madison’s patent licensing research unit（专利授权的研究机构） more than $234 million for using its technology in its iPhone and iPad chips.

Jurors(陪审员) debated for about three hours.However, the amount was less than the $400 million the Wisconsin Alumni Research Foundation (WARF) had attempted to obtain. Nonetheless, its legal team was all smiles and handshakes after the verdict was read, the Wisconsin State Journal reported.

On Tuesday, the jury said Apple infringed the foundation’s patent(专利) for improving the performance of computer processors. WARF sued Apple in January 2014 telling infringement of its 1998 patent on a "predictor circuit," developed by computer science professor Gurindar Sohi, who was in court for the decision. The technology improves the speed and efficiency of processors（处理器）that run popular Apple mobile devices such as iPhones 5, 6, and 6 Plus and iPads, extending battery life by as much as two hours.

"For Dr. Sohi, I hope you felt that your invention was protected," U.S. District Judge William Conley said. WARF praised the decision, saying it was important to protect the university's inventions from any illegal use. In a statement the WARF managing director Carl Gulbrandsen said: "This decision is great news."

The nonprofit WARF serves as the technology transfer organization of UW-Madison by patenting and commercializing campus inventions. "This is a case where the hard work of our university researchers and the integrity of patenting and licensing discoveries has won," said Carl Gulbrandsen, managing director of the foundation. "The jury recognized the essential computer processing work that took place on our campus."

According to the foundation's website, WARF uses part of its income to support further research at the school, and distributed $58m in grants last year.