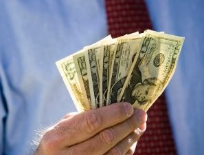 There is a doctor’s job in the small New Zealand town of Tokoroa, but no one wants to ask for it. The job pays $265,000 a year. There is no night work, no weekend work, and house prices in the area are low. The job is for just four days a week and has 12 weeks’ holiday every year. The town’s doctor Alan Kenny is leaving. He has been looking for a new doctor for two years but has had no success. Four medical companies also failed to find a doctor. Dr Kenny thinks the reason is that the job is in the countryside and everyone wants to live and work in the city.
It is not only New Zealand that has problems getting doctors to live in rural areas. It is a problem in other countries too. Last year, Dr Kenny gave up a family holiday because he could not find a doctor to do his job. Dr Kenny has been a doctor in Tokoroa for 30 years. He said he wouldn’t change his life to city life. He is 61 and wants to retire(退休). He needs to give his patients to a younger doctor. He told a newspaper that his job keeps him busy and that he loves his work. He said, “I would like to stay but I hit my head against a brick wall trying to attract doctors.”
本时文内容由奇速英语国际教育研究院原创编写，禁止复制和任何商业用途，版权所有，侵权必究！
请先登录
最新评论
点击显示
本文翻译请先完成本篇阅读