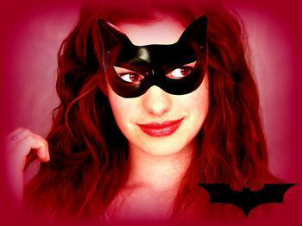 C’est Si Bon or It’s So Good in French, was one of Eartha Kitt’s first hit songs. She recorded it in the early 1950s. But Eartha Kitt’s life was not always so good. She had a very difficult childhood although information about her early history is limited.
Eartha Mae Keith was born in a poor, rural family in South Carolina in 1927. Her mother was an African. Her father was a white farmer. When Eartha was eight, she was sent to New York to live with an aunt in the African-American neighborhood of Harlem. The aunt helped pay for piano and dance lessons for Eartha. But she also beat the girl. Eartha would run away after beating.
Eartha Kitt lived on the streets and worked in a factory as a young teenager. But she kept up her dance lessons. One day she decided to try out for a famous African-American dance company. Soon, Eartha was performing in shows around the world with the Katherine Dunham Dance Troupe. In Paris, Eartha left the dance company to sing in a nightclub. Her voice was unusual. She learned French quickly and gained many French fans. The film director Orson Welles discovered Eartha Kitt singing in Paris. He called her “the most exciting woman in the world”.
Eartha Mae Kitt died in 2008 because of the cancer. She was eighty-one.
本时文内容由奇速英语国际教育研究院原创编写，禁止复制和任何商业用途，版权所有，侵权必究！
请先登录
最新评论
点击显示
本文翻译请先完成本篇阅读