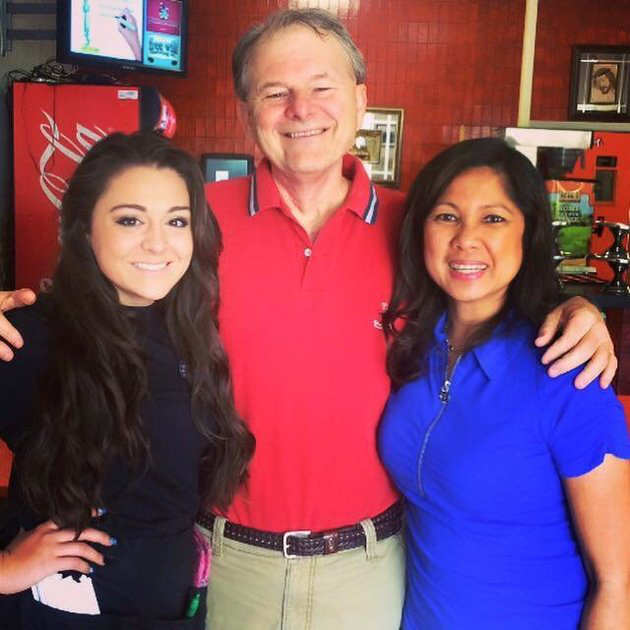 After eating at Brother's Pizza in Hamilton, New Jersey on August 27, 2015, Rick and Annette Lewallen received their check along with a surprise from their waitress, 17-year-old Daniela Bossi.
According to NJ.com, Rick has been fighting brain cancer since April, 2015. Bossi, whose little sister is the best friends with one of the couple's children, knew about his diagnosis and decided to cover the couple's bill using her tips. “For putting up the biggest fight, this one is on me,” Bossi wrote on the check.
Touched by the act of kindness, Annette posted a photo of the check on Facebook praising Bossi for her “excellent” service at the restaurant and her selfless act. Bossi, a Notre Dame High School senior, told a website in a phone interview that she was glad to share the family's story. “I'm really happy that it's getting out there because more people are hearing about it and more people are hearing about Rick's story,” she said. “Their family has gone through so much, so I'm glad that people are giving it attention. And I hope the family will be helped out.”
Since her good deed has gone public, Bossi has been featured in many stories online as well as on the front page of a local newspaper. The teen said she was “at a loss for words” with all the attention her story had received. “My dad and I are always talking about ‘Oh, how funny it would be to wake up one day and just be famous,' and really that's what's happened,” she said.
The heart-warming story gets even better, though. Brother's Pizza, where Bossi has worked for two months, reimbursed(给报销) the teen after she paid the couple's bill. Now that's a perfect reward for a beautiful act of kindness.
本时文内容由奇速英语国际教育研究院原创编写，禁止复制和任何商业用途，版权所有，侵权必究！
请先登录
最新评论
点击显示
本文翻译请先完成本篇阅读