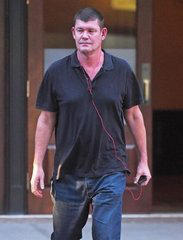 Kerr was an office clerk in a newspaper. He worked hard and was self-confident when he worked as an advertisement salesman. Kerr began his work. He did some preparation. He closed the door, stood before the mirror and read the boss’ names ten times. His colleagues thought it was a task that was impossible to accomplish.
With his excellent performance three bosses changed their mind and made a deal with him the first day. Three days later he had finished another three tasks. One month passed. Only a boss who mainly dealt in metals, still refused to cooperate with him.
Kerr tried to learn something about his company and his family, and visited the boss every day. Every morning when the boss opened his door, he would see Kerr outside his company smiling to him and waiting for his surprising answer.   2   He kept on visiting him every day. The boss asked him why.
“It is equal to having a class. You’re really a good teacher. You’re teaching me how to keep it up when I want to do something important,” Kerr answered.
The boss nodded, “In fact you’re my teacher. You’re teaching me what is the power and the value of perseverance.”
本时文内容由奇速英语国际教育研究院原创编写，禁止复制和任何商业用途，版权所有，侵权必究
请先登录
最新评论
点击显示
本文翻译请先完成本篇阅读