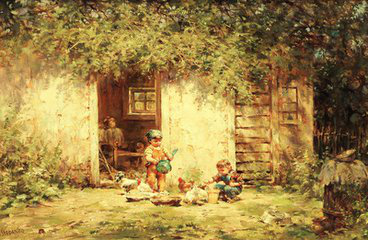 Henry is a young boy. He has a dream. He wants to be famous. Before he becomes famous, his life is not easy. He is nine years old when his mother dies. His father sends him to live with his uncle. He goes to a very good school. Unluckily, he has to leave school two years later. His father loses his job. He cannot pay for school. Henry becomes a helper in a shop. He has a health problem. He must stop work. He becomes a waiter on a ship. The ship goes to another country. He does many other jobs.
Later he gets all money of his dead brother. He moves to another country. He becomes a businessman. He learns to speak many languages and travels around the world. Now He wants to live his dream of a child. He wants to find an old city in his country. He knows this city only from old books and legends(传说). A few years later he finds the city. Henry dies as a rich and famous man there.
本时文内容由奇速英语国际教育研究院原创编写，禁止复制和任何商业用途，版权所有，侵权必究！
请先登录
最新评论
点击显示
本文翻译请先完成本篇阅读