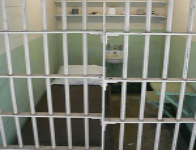 Garry is in prison. A prison is a place where bad people are. They are not free. He is also in a gang. A gang is a group of bad people. A gang is like a family. Garry wants to stop the bad life. He leaves the gang. He is now in a special place in the prison. Now, Garry is not part of any gang. The gang does not like him. For them, Garry is a bad man. For Garry, they are bad men. Garry is afraid. He knows it is not easy to start to be in a gang. He also knows it is hard to leave a gang. Once he is part of the family, he cannot leave. Once he leaves, he is a bad man. Garry knows this but he wants to leave. He wants to forget the gang and he wants the gang to forget him. He does this for his son. He wants to be a better father. He has a new family.
本时文内容由奇速英语国际教育研究院原创编写，禁止复制和任何商业用途，版权所有，侵权必究！
请先登录
最新评论
点击显示
本文翻译请先完成本篇阅读