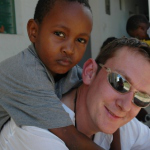 Jerry is a good man. He always tries to do good things. Once, he does something bad. The police take him to the judge. The judge knows Jerry is a good man. He doesn’t send Jerry to prison. Jerry must do community service. Community service is a job instead of prison. Community service doesn’t give him money. But the work helps the people. Jerry must work in a children’s home. He must go to the children’s home for twelve weeks, fourteen hours a week. He enjoys the work. He always wanted to try working with children.
He meets Sally. She is a volunteer. Jerry likes her. He thinks she is a very good person. Sally doesn’t like Jerry. Jerry and Sally often work together. She gets to know him. She finds out that he isn’t a bad man. She falls in love with Jerry. She wants to work with him. He works there for another three months. After three months he doesn’t go to the children’s home. Sally is unhappy. She may never see Jerry again.
本时文内容由奇速英语国际教育研究院原创编写，禁止复制和任何商业用途，版权所有，侵权必究！
请先登录
最新评论
点击显示
本文翻译请先完成本篇阅读