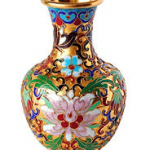 Anthony is an antique dealer(古董商). He buys and sells old things. He buys and sells old paintings, dishes, clothes, books and many other things. One day he buys an old vase(花瓶). It is from China. It looks original and it is not expensive. A few days later he reads the newspaper. The text says some people stole the vase from a museum. They say it is very expensive. Anthony jumps up from his chair and brings the vase to his desk. At the end of the text he learns that the vase is the only one.
This is a big shock to him. He has a vase that belongs to a museum. If the vase is original, he has to give it back. He knows what he has to do. He has to call the police. If he calls the police, he will not have the vase and money. He opens his notebook. He looks for information on the Internet. He wants to find more photos and more information about the vase.
本时文内容由奇速英语国际教育研究院原创编写，禁止复制和任何商业用途，版权所有，侵权必究！
请先登录
最新评论
点击显示
本文翻译请先完成本篇阅读