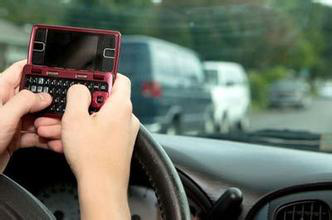 Teenage drivers are still the most likely to crash, according to a new study. The Highway Safety Association (HSA) in the USA found that teen drivers are 1.6 times more likely to be in a traffic accident than adult drivers. Teens aged 18 to 19 are the likeliest to be in a fatal crash. They are in more deadly car collisions than even 15-to-17-year-old drivers. The HSA said recent figures show an increase in teen driver deaths for the first time since 2006. HSA spokesman Jonathan Adkins said, "This report drives home the message that there is still much to do to reduce teen driver fatal crashes and the resulting deaths." He added, "The increase in teen driver fatal crashes is concerning and we are keeping a watchful eye."
The HSA has been working with the Ford motor company in a special Driving Skills for Life program. This was first launched in the USA and has expanded to 35 countries worldwide. It helps new drivers recognize road hazards and teaches them how to be safer drivers. Jim Graham, Global Manager for the Driving Skills for Life program, said, "Smart programs that focus on teen driving behavior have been very successful in helping novice and younger drivers be safer on the roads, but we still have more to do." The greatest chance of crashing is in the first six months after teens get their license. It's understandable why parents worry so much about their teen passing their driving test.
本时文内容由奇速英语国际教育研究院原创编写，禁止复制和任何商业用途，版权所有，侵权必究！
请先登录
最新评论
点击显示
本文翻译请先完成本篇阅读