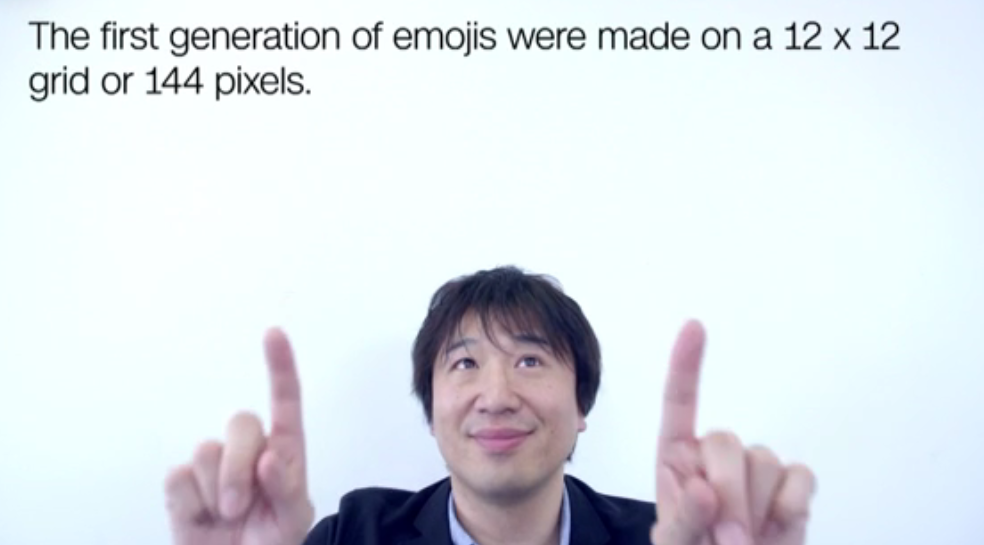 Emojis have become, without doubt, a design classic. But how effective are they as a communication tool? Over 6 billion emojis are sent on a daily basis, with over 90% of the world's online community making regular use of them. Emojis may be one of Japan's greatest-ever exports. Today they are even officially classified as art. In 2016, New York's Museum of Modern Art added emojis to its permanent collection— more specifically, the original 176 emojis, designed by Tokyo-based software engineer Shigetaka Kurita in 1999.
In the late 1990s, Kurita—working for NTT DoCoMo, one of the largest Japanese mobile telephone operators—was involved in the development of the world's first commercial, mobile-specific internet browser system. Given display limitations in early Japanese smart phone screens, Kurita decided to develop pictograms to make displaying information more effective. Taking their name from the Japanese word for "picture character" , emojis were born.
What makes English, Japanese, or Chinese a language is the presence of two things: words and rules. And it is the unique nature of this organization that allows us to express ideas that cannot be expressed using other systems of communication. Language is organized into meaningful units such as words, and a system of rules—a grammar —that enables us to express everything from the love to the observation on the weather.
Compared to, say, English, emoji has a far, far smaller “vocabulary” .While new emojis are introduced each year, the number of emojis available is small compared to the range and complexity of vocabulary items that a competent native speaker possesses — currently there are fewer than 2,000 emojis available on a smart phone near you. But adding more and more emojis will only get us so far. A problem is the difficulty of expressing abstract ideas using a pictographic form. Winks, smileys, eggplants and dumplings are one thing — but how might we go about representing, say, "quality" "value" or "enthusiastic" in emoji?