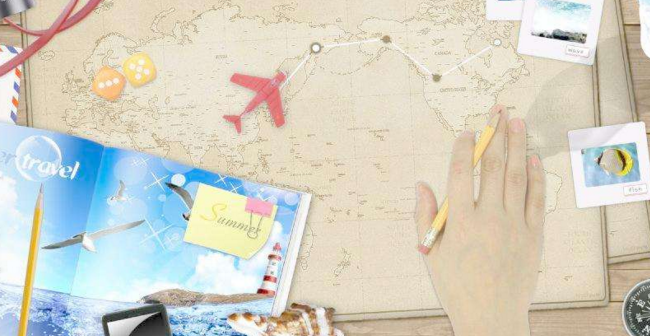 As graduation season gets underway in June and July, graduates are leaving for different destinations to celebrate the start of a new chapter in their lives.
For graduation trips, Chengdu in Sichuan province, Guangzhou in Guangdong province, Chongqing, Shenzhen in Guangdong and Hangzhou in Zhejiang province were listed as the top five most popular destinations for domestic tours. Thailand and the United States are popular among overseas destinations.
Making trips and taking stylish photos are now a standard practice to mark graduation for those who were born between 1995 and 2005. It is reported that the market scale of graduation tours has run beyond 15 billion yuan. Young people are good at using travel apps to get more information and their decision-making is quite fast. It’s possible that just because of a song, a book, a TV drama, or a chat with someone, they may decide to take a trip somewhere.
Compared with those who were born in the 1980s, and usually like to plan ahead carefully, the younger generations are deemed more free and casual. 56 percent of customers who were born after 1995 book accommodation on the day they need to stay there. Besides, 1.12 percent of students buy plane tickets after they arrive at an airport. They have also become less price sensitive, and look for higher quality trips. Most trips involve groups of two to five people, according to Qunar.
This year, college students who traveled by air with their boyfriends or girlfriends accounted for 9.6 percent of the total, up 0.8 percent year-on-year. Those who traveled by air with friends made up 6.7 percent, edging up 0.3 percent over last year, Qunar said. Last year, students who had just finished their college entrance examinations favored Shanghai, with many visiting the city’s Disneyland. Kunming, Yunnan province, and Beijing are also popular, the report said.
本时文内容由奇速英语国际教育研究院原创编写，未经书面授权，禁止复制和任何商业用途，版权所有，侵权必究！（投稿及合作联系：微信：13350077298   QQ：757722345）
请先登录
最新评论
点击显示
本文翻译请先完成本篇阅读