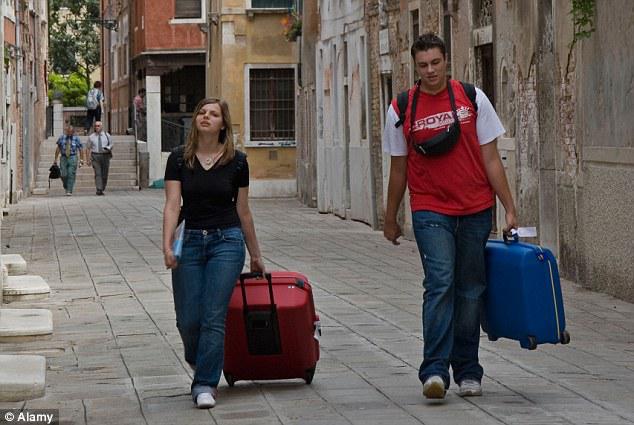 Tourists heading to Venice will need to spend extra money on new baggage thanks to an odd new rule. According to the rule, visitors using wheelie suitcases will be fined up to 500 euros. It will come into effect in May 2015.

What’s the reason for the ban? It’s noise pollution on the historic canal bridges. Authorities say that the noise of large tour groups dragging the bags over the bridges keeps local residents awake at night, and in the end, amounts to noise pollution.  Only wheelie suitcases with silent inflated tires, rather than rubber ones, will be permitted in the water city, under the strict new regulations brought in by the council.

The odd rule has been brought in by Vittorio Zappalorto, who was appointed after the city’s mayor was arrested in a corruption scandal. Venetians themselves will be exempt from the regulations which are to come into operation in May next year, Il Gazzettino reported.

The news follows a series of attempts to limit the impact of the 20 million tourists that visit Venice every year. Earlier this year the city launched a campaign discouraging couples from attaching padlocks to the city’s bridges as a symbol of love, claiming the old structures are too fragile to cope with the weight. Workmen this summer removed some 20,000 “love locks” from the Rialto and Accademia bridges.

And last year authorities started a strict crackdown on water traffic. After a series of complaints about drunkenness, boatmen are now subject to alcohol and drug tests and must use GPS devices and number plates.

“There are also numerous worrying signs of deterioration and wear to paving stones and bridges previously unharmed for hundreds of years.” the City Council said in a statement.