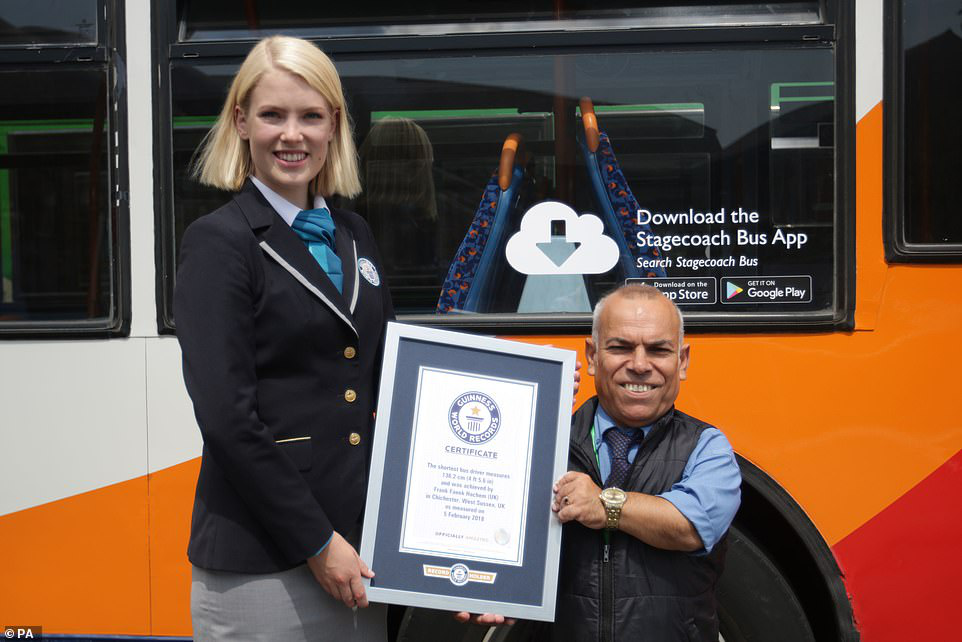 A worker Frank Faeek Hachem from Hampshire broke the Guinness World Record for shortest bus driver. He has 4 feet 5.6 inches in height. He drove a home car for more than 20 years, but in 2017 decided to take his bus driving test.
The 57-year-old man works in Chichester, West Sussex. He has two children. He has a kind of dwarfism(侏儒症), but he has never let his height hold him back. With no special changes for his bus, he adjusts the seat and steering wheel(方向盘) before he starts on his route.
He hopes that through the title, he can inspire others to believe in themselves and not to give up. Mr Hachem is just one of a group of new world record-holders in the coming 2021 Guinness book of records.
本时文内容由奇速英语国际教育研究院原创编写，未经书面授权，禁止复制和任何商业用途，版权所有，侵权必究！（作者投稿及时文阅读定制请联系微信：18980471698）
请先登录
最新评论
点击显示
本文翻译请先完成本篇阅读