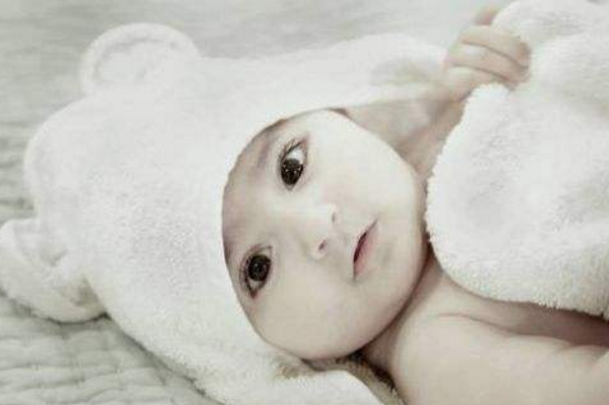 A baby boy has been named Google by his parents. Mother Ella Karin, 27, and husband Andi Cahya Saputra welcomed their second child in November, but news of their bizarre name choice has only just surfaced. Father Andi, 31, says he thought about giving their son a name inspired by technology when his wife was seven months pregnant. He revealed he was considering names such as "Windows, iPhone, Microsoft and IOS" among others, as well as the more traditional Albar Dirgantara Putra. He chose the name in the hope that he will become a "useful" man just like the search engine.
However, when the baby was born, the proud dad decided to name him Google, without a surname. He admitted it took a while for loved ones, including the boy's own mother, to become accustomed to the shorter strange name. Local media, in the regency of Bekasi, in south-western Indonesia's West Java Province, reported that mum Ella would tell people the boy's name was "baby boy" when she was asked in the first three months after his birth.
Andi said he told his own father that the name Google has an important meaning because he hopes his son can "help" lots of people and be "a useful person" for others. He says he refused to give the baby a surname because it would reduce the "essence" of his name. The name has reportedly grown on the baby's mother, who says she hopes her son will become "a leader" of "many people".
Meanwhile as we reported yesterday, the most popular baby names have been revealed. Parenting website Baby Centre has analysed the baby register for the past six months to find out what names mums and dads have been picking for their new arrivals. Olivia and Sophia hold on to the top two spots on the girls' list, which is unchanged from 2018. While Muhammad is top of the boys' list, Oliver dropped from second place to fourth. Noah takes the runner up spot followed by George.
本时文内容由奇速英语国际教育研究院原创编写，未经书面授权，禁止复制和任何商业用途，版权所有，侵权必究！（作者投稿及时文阅读定制请联系微信：18980471698）
请先登录
最新评论
点击显示
本文翻译请先完成本篇阅读