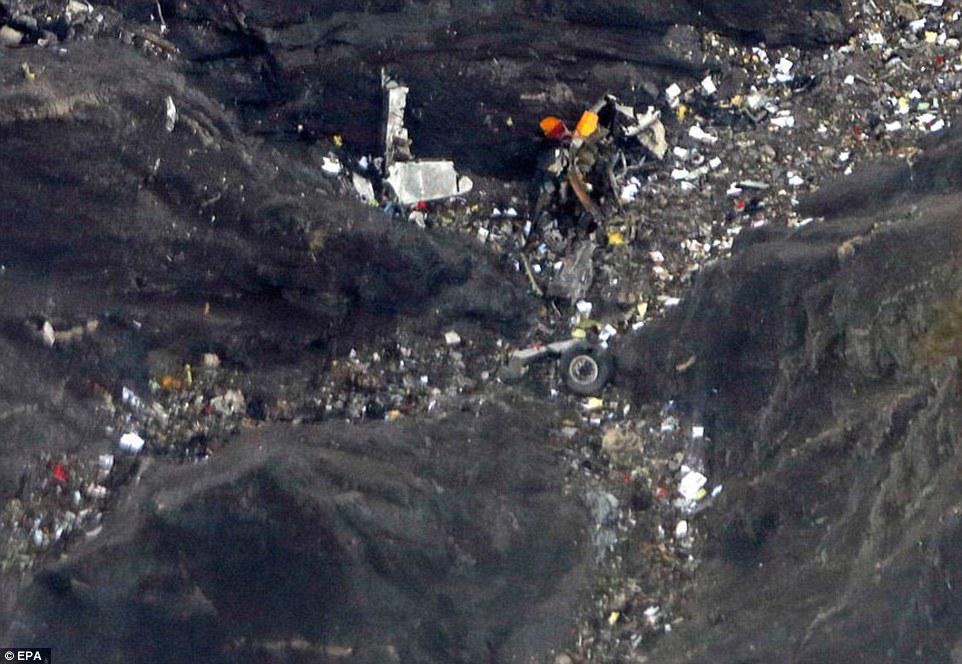 SEYNE-LES-ALPES, France, March 25 (Reuters) - French investigators will examine the wreckage thoroughly on Wednesday for clues into why a German Airbus crashed into an Alpine mountainside, killing all 150 people on board.

The A320 jet operated by Lufthansa’s Germanwings budget airline fell into pieces when it went down in a mountainous area of deep valleys on Tuesday while flying over France en route to Düsseldorf from Barcelona.

No distress call was received from the aircraft, but France said one of the two “black box” flight recorders had been recovered from the site 2,000 meters (6,000 feet) above sea level. A person familiar with the recovery effort told Reuters that this was the cockpit voice recorder. Investigators will also need the other black box which records flight data information that is essential for looking into air accidents.

In Washington, the White House said the crash did not appear to have been caused by a terrorist attack. Lufthansa said it was working on the assumption that the tragedy had been an accident, adding that any other theory would be supposition.

67 Germans are believed to have been on the flight, with 45 Spanish passengers, one Belgian, two Australians. There were some British travelers, too. Also among the victims were 16 teenagers and two teachers from the Joseph-Koenig-Gymnasium high school. They were on their way home after a week-long Spanish exchange programme near Barcelona.

The aircraft came down in a region known for skiing, hiking and rafting, which is difficult for rescue services to reach. A small team of policemen camped overnight on the mountainside to secure the crash site. It was the first disaster involving a large passenger jet on French soil since a Concorde crashed outside Paris nearly 15 years ago.

The A320 is one of the world’s most used passenger jets and has a good safety record. Tuesday’s crash was the third most deadly involving the model. In 2007 a TAM Linhas Aereas A320 went off a runway in Brazil, killing 187 people, and 162 people died when an Indonesia AirAsia jet went down in the Java Sea in December.