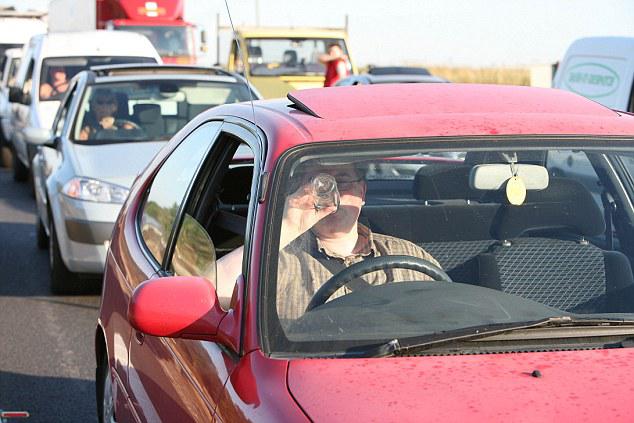 Failing to drink enough water while behind the wheel equals to being over the drink-drive limit, new research suggests.

According to a study into hydration and concentration, drivers who took in just 25ml of water per hour made the same number of mistakes on the road as those who were over the drink-drive limit. The research from Loughborough University, published in the Journal of Physiology and Behavior, said the change was evident in those who were only considered “mildly dehydrated”.

Professor Ron Maughan, Emeritus Professor of Sport and Exercise Nutrition, said the study showed that dehydration is an “unrecognized danger” for drivers. He told The Daily Telegraph: “We all blame drink driving, but we don’t usually think about the effects of other things that affect our driving skills, and one of those is not drinking and dehydration. There is no question that driving while incapable through drink or drugs increases the risk of accidents, but our findings highlight an unrecognized danger and suggest that drivers should be encouraged to make sure they are properly hydrated.” He added: “Drivers who are not properly hydrated make the same number of errors as people who are over the drink drive limit.”

The researchers said not having enough water can lead to reduced brain activity, as well as a drop in concentration, alertness and short-term memory. Tests were carried out over two days on male drivers using a driving simulator. Each volunteer used the simulator on a day when they were hydrated - which involved drinking 200ml every hour - and on a so-called dry day, when they had 25ml in the same time frame. During the normal hydration test, there were 47 driving errors. That number rose to 101 when the men were dehydrated.

The researchers also warned that driving in a hot car may lead to increased dehydration during a long journey, especially for those who do not drink to avoid stopping for a toilet break.