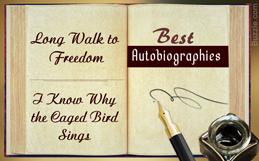 The history of mankind has seen some of the most influential people in various areas, and here are some of them.
Steve Jobs
The biography of Steve Jobs, Steve Jobs was published in 2011. Jobs was the co-founder and the CEO of Apple Inc. It tells the story of Steve Jobs' rise from being a college dropout to one of the greatest entrepreneurs of the 20th century. It takes us into his journey from founding the NeXT Inc. to the return of Apple, through a series of interviews with him, his family, friends, and colleagues.
Walt Disney
Walt Disney was an American animator, producer, director and voice artist. He’s famous as the founder of cartoon films and more importantly, as the creator of Disneyland. Walt Disney: The Triumph of the American Imagination was published by Neal Gabler in 2006 and describes Disney’s journey from being a contributing cartoonist for the school paper to the creator of Disney.
Donald Spoto
Audrey Hepburn was an award-winning actress and fashion model. After working in many British movies, she rose to fame with a leading role in Roman Holiday in 1953. Enchantment: The Life of Audrey Hepburn was published in 2006. The biography provides details of her upbringing, her dancing career and eventually her rise to stardom.
本时文内容由奇速英语国际教育研究院原创编写，禁止复制和任何商业用途，版权所有，侵权必究！
请先登录
最新评论
点击显示
本文翻译请先完成本篇阅读