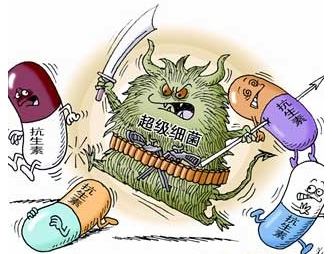 Doctors have identified a powerful bacteria that cannot be killed with antibiotics. The bacteria, called a superbug, was found in a woman from Pennsylvania. Tom Frieden is the head of the US Centers for Disease Control and Prevention. He says this new bug is resistant to every antibiotic available, including colistin. Colistin is used only as a last measure, as the drug can cause organ damage. The woman is infected with a rare kind of E. coli bacteria known as CRE. The version she has includes a gene that is resistant to colistin. This is its first appearance in the United States. Researchers wrote that the case could signal the development of a truly pan-drug resistant bacteria. Health officials consider CRE, nightmare bacteria. They can kill up to 50 percent of infected patients.
Frieden expressed his concern about losing antibiotics, what he calls "miracle drugs." He said, “We know now that the more we look, the more we're going to find. And the more we look at drug resistance, the more concerned we are. We need to do a very comprehensive job protecting antibiotics so that we can have them and our children can have them. We need to make new antibiotics, but unless we have better stewardship and better identification of outbreaks, we are going to lose these miracle drugs. The medicine cabinet is empty for some patients. It is the end of the road for antibiotics unless we act urgently.” As bacteria that resist antibiotics spread, treatment for such infections could be seriously limited. Scientists and public health officials have warned that usual medical operations, minor infections and pneumonia could become deadly or very difficult to treat.
本时文内容由奇速英语国际教育研究院原创编写，禁止复制和任何商业用途，版权所有，侵权必究！
请先登录
最新评论
点击显示
本文翻译请先完成本篇阅读